Attack Of The URL Vulnerabilities

I think that it is getting worse. Billy Rios has discovered another critical Firefox issue related to the infamous bugs that has been recently discussed on multiple blogs including GC (us), Thor Larholm's blog, Mozilla's Security Blog, the 0x000000 hack zine and Billy (BK) Rios' personal blog. This time, the bug is extremely dangerous. Fortunately, the issue was fixed in the 2.0.0.6 release candidate.

Once again, a flaw in the URI handling behavior allows for remote command execution. UNREGISTER ALL UNNECESSARY URIs NOW! This example shows flaws in Firefox, Netscape, and Mozilla browsers - other browsers are affected by related vulnerabilities.

Developers who intend to (or have already) registered URIs for their applications MUST UNDERSTAND that registering a URI handler exponentially increases the attack surface for that application. Please review your registered URI handling mechanisms and audit the functionality called by those URIs.

The bug is within mailto, nntp, news and snews protocol handlers. Here is a harmless demonstration of the issue: danger do not click!.

It seams like there is a huge interest in URL bug hunting. This is good. At least, we are going to get it right this time. Progressive security!

pdp
good, cuz I am not saying anything either :) 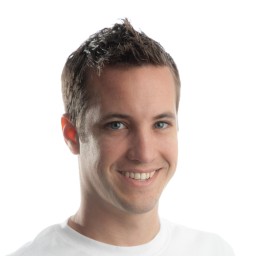 Jordan
Odd -- I've been trying to test this in a base XP image, with no luck. Does it really require SP2 to work? That'd be kind of ironic. Outlook Express is the default registered mail handler for mailto: on the test system I just installed into vmware. I'm going through the upgrades now, testing it at each step to see at what point it becomes vulnerable.

pdp
Jordan, the vector does not work if you have Outlook as a default mailto: handler. If your default Mail client is Thunderbird, then you shouldn't have any problem with launching the attack. BTW, try using other protocols. It works like a charm.

Jordan
pdp -- there's something else involved in the process that's disrupting it. I just grabbed all the updates for the SP2 machine, and /now/ the exploit works. Outlook Express is still registered as the mailto handler just like it was before I grabbed the updates. So in short, install a standard SP2 machine. Exploit fails. Install latest security patches. Exploit succeeds. Lemme verify it again and use regmon to trace the registry calls to see if I can find out what's different.

Jordan
Ok, just ran it a second time after reverting the snapshot, and sure enough -- a base SP2 machine is /not/ vulnerable for some reason. Got the regmon logs, but I don't have the time to parse through them right now. Here's a zip with a screenshot showing the exploit fail, regmon logs of the exploit both failing and then succeeding on the same machine just with and without patches: http://www.psifertex.com/download/firefox-command-injection.zip Maybe someone else can figure it out while I get back to pretending to work on this other project here at my office. ;-) 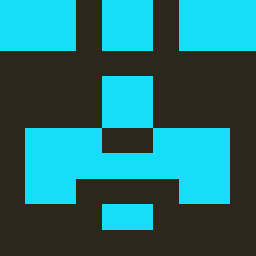 Adrian Pastor
It's very worrying how easy it is to exploit this vulnerability and how well it works. I must research these URI handler bugs!

pdp
Jordan, again, it depends on the URL handler for the mailto: protocol. Adrian, yes, yes and yes.

Jordan
Looks like I'm not the only person to observe that: https://bugzilla.mozilla.org/show_bug.cgi?id=389580#c6

pdp
Jordan, thanks for the good research. yes, it is very interesting. Have you taken snapshots of the registry tree for each setup? because now we can detect what's the cause of it. I have some very wild guess but it is good to have some proof. cheers