Rain Of -MINUS Transactions

In this post, I will describe a type of attack that I have never tested in real life. Of course, this doesn't mean it can't work against a real environment. In fact, it is my suspicion that many online merchants are susceptible to this type of attack. I once discussed the attack described in this post with one of the main technical contacts from a large UK online retailer who thought that the attack might work against certain setups.

Most of us are familiar with DDoS attacks which are sometimes used by criminal groups as a vehicle to blackmail companies to transfer them considerable amounts of money. Most of these attacks are based on bandwidth consumption and are launched through botnets of compromised home computers

Usually, a criminal group would target a company, say an online casino. Our naughty guys would first study which sites are essential for the business continuity of the target company. Typically, there would be several websites on which customers make online transactions using their debit/credit cards. Once the potential targets to DoS have been located, the criminal group would proceed by contacting the target company and asking for a large amount of money - otherwise the continuity of their business would be interrupted by a DDoS attack.

In both types of attacks the idea is that the financial loss that the victim company would suffer in case such attack was launched would scare the company into opting to pay the amount requested by the criminal group.

Let's now get to the core of this post. What if the attacker wanted to also cause an economical loss to the target company while the e-commerce infrastructure is still available to all customers? You might be wondering, what's the point? After all, causing the infrastructure NOT being available is a great way to cause economical harm to a company.

Well, I'm not sure what the answer to that question is. Perhaps, the attacker wants to be polite somehow. Perhaps, you are a pentester and you want to prove how someone could cause economical harm while customers are still able to access all e-commerce sites.

The different type of economical-loss attack that I wanted to share is based on declined credit/debit card transactions. Usually, when we provide credit card details online during the checkout procedure, the target application follows two main stages when validating the credit card details:

Some sites will also perform AVS checks. In this case, if the address provided didn't match the cardholder's, most payment service providers would also charge a fee to the merchant, regardless of whether the AVS transaction is successful or not. Basically, if we can get through the offline check, we can cause the victim merchant to pay a fee to their PSP or payment gateway. The reasons could be failed AVS or card number/from date/expiry date checks. In short:

By tricking the target's merchant webapp to perform an online credit card check with the PSP, we can force the merchant to pay for a transaction fee regardless of whether or not the transaction was successful. If such action can be repeated in an automated fashion, an attacker can cause the merchant to lose potentially large amounts of money without denying legitimate users access to the e-commerce sites.

For the sake of the argument let's suppose we can make 5 failed transaction per second by using several connections in parallel. That would give us 5 transactions x 60 secs x 60 minutes x 24 hours x 30 days x 0.20 cents per transaction = a loss of $1,2960,000 in a month. Now, that's not peanuts :D Of course we could have more parallel connections and thus increase the number of transactions per second.

However, one would think that a merchant or PSPs would have enabled protections against this type of attack. After all, it is not normal user behavior to submit transaction requests thousands of times in a row.

So the next question is what kind of countermeasures can be enforced on the server-side application? The following are some I could think of. I'm sure you can think of others.

By the way, if you're interested in non-technical ways to break CAPTCHAs, check out the following attack vector which I found quite funny and clever at the same time. I think of it as a creative CAPTCHA MITM attack :-D 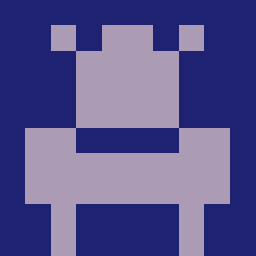 Adrian Pastor
Goldy, lol, excellent catch! You're right, it should be $2,592,000. Thanks a lot for the feedback dude! I guess we should update the post to correct the math problem?